Black zinc cladding and a curved staircase are part of the renovation and expansion of an urban masonry building by the New York studio Young Projects.

The Wythe Corner House project involved the redesign of a mixed-use building on a corner lot in the Williamsburg neighborhood of Brooklyn.

The company redesigned the existing building and created an extension in an empty backyard.

The three-storey building – owned by a photographer and entrepreneur – contains commercial space on the ground floor and above that a spacious apartment for the client. 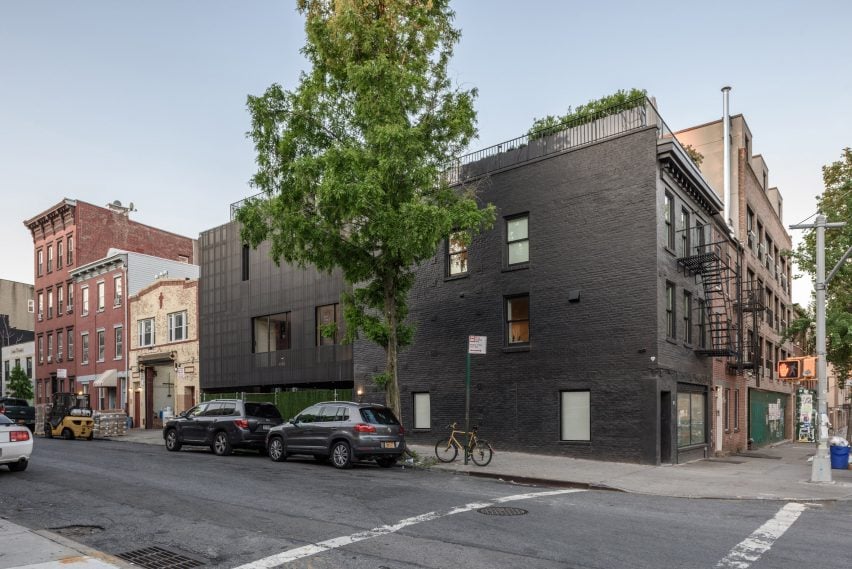 The new addition is located on Pilotis, including two parking spaces and storage areas.

Increasing the extension reduced the excavation and foundation work and helped the company meet the project’s modest budget. It also resulted in a more distinctive building. 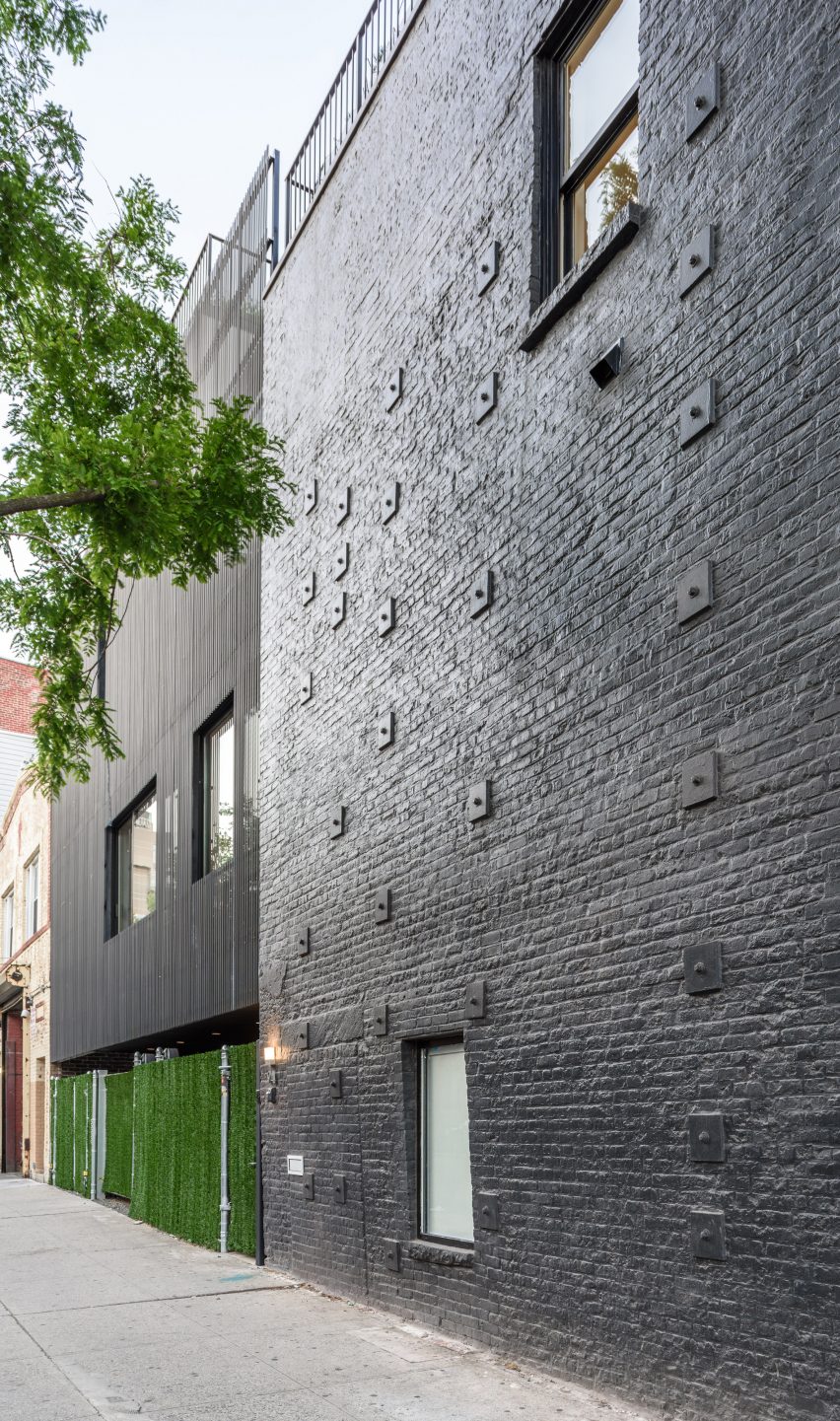 “Instead of expanding straight to the ground floor or evenly across all three levels, we suggested lifting the extension off the floor and redistributing all of the available square feet into two floating volumes.” 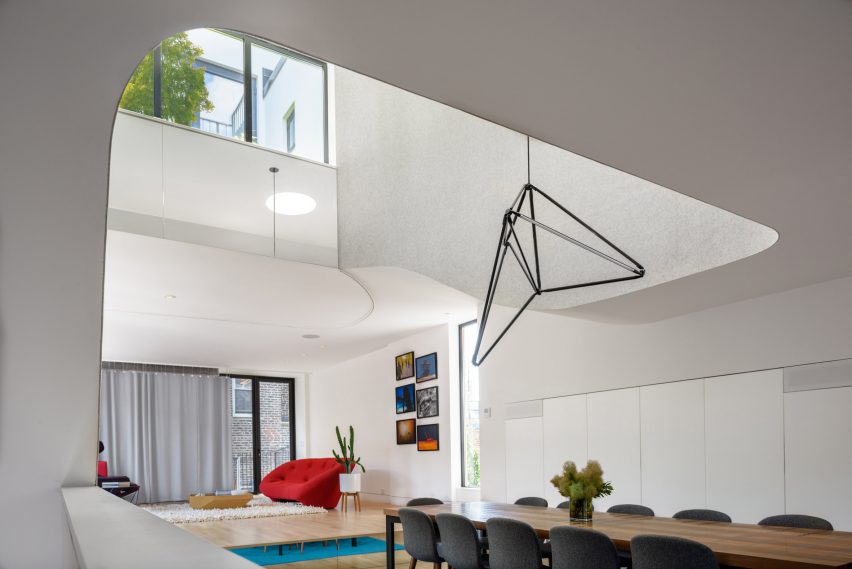 The accessory is covered with a screen made of perforated and corrugated black zinc. The vertical stripes that make up the screen are intended to play out the horizontal stripes of the masonry structure.

The screen should also give the addition a uniform appearance. “It serves as a visual veil that combines the separate volumes of the extension and a central courtyard into a single element with varying degrees of transparency and opacity,” the company said. 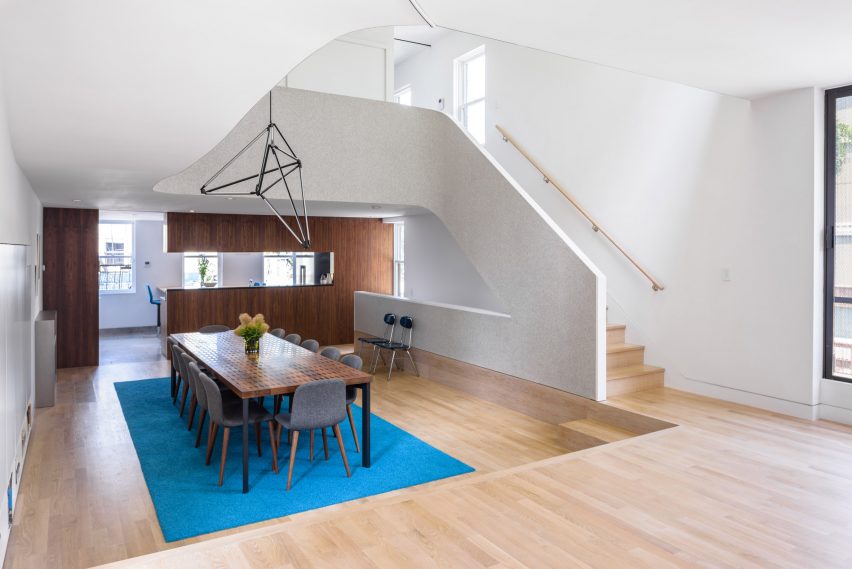 Inside, the team tried to gently blend old and new, with a double-height room serving as an intersection. “The boundary between the existing structure and the new building is expressed more subtly as both a connecting line and a dissonance line,” said the architects.

On the top floor there were bedrooms and a courtyard, while the living room, kitchen and dining area were placed on the second level. “The second floor was expanded to create a continuous living area that lies between sleeping upstairs and working downstairs,” says Young Projects. 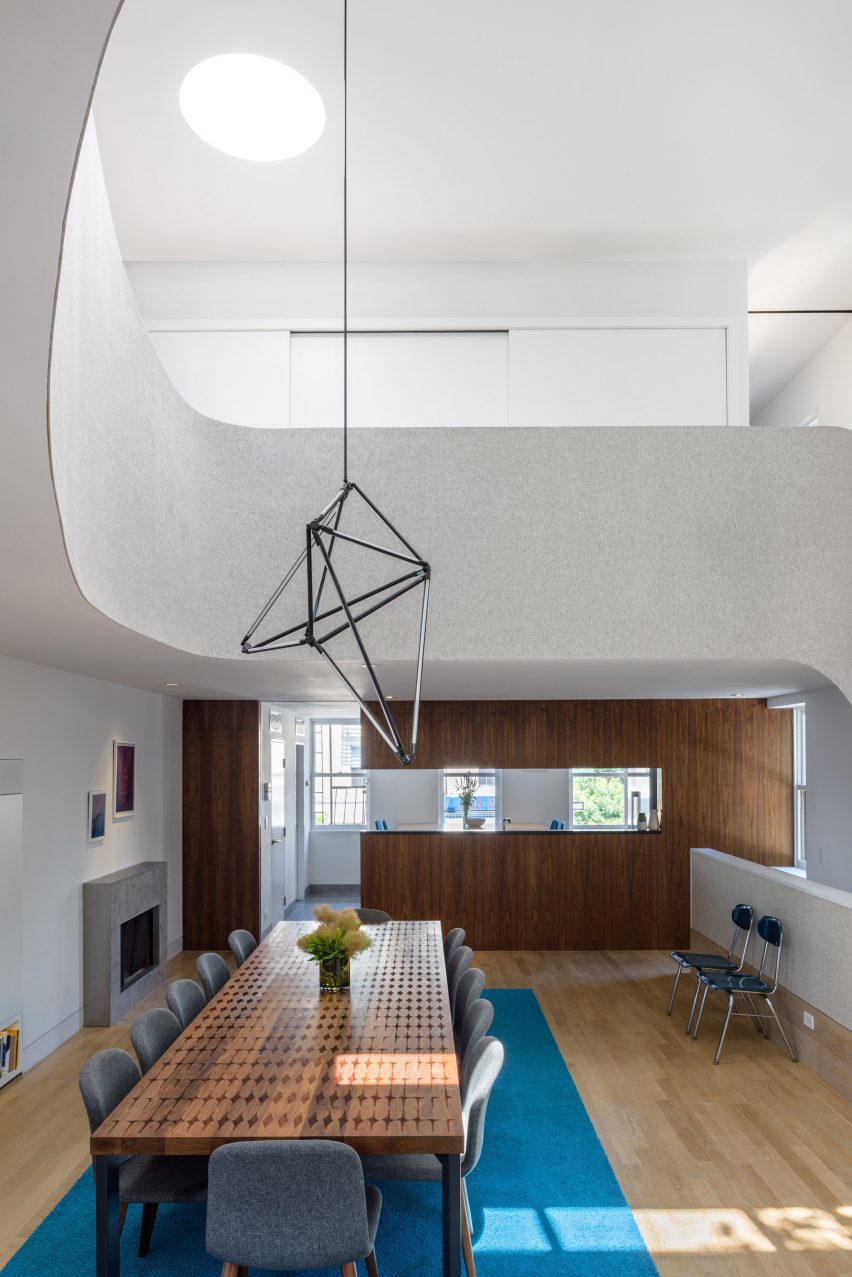 A curved staircase, clad with gray felt on the outside, winds through the double-height room and serves as a contrast to the orthogonal elements throughout the house.

The curves are repeated in a curtain rail in the ceiling, which means that the living room can be divided into smaller rooms. 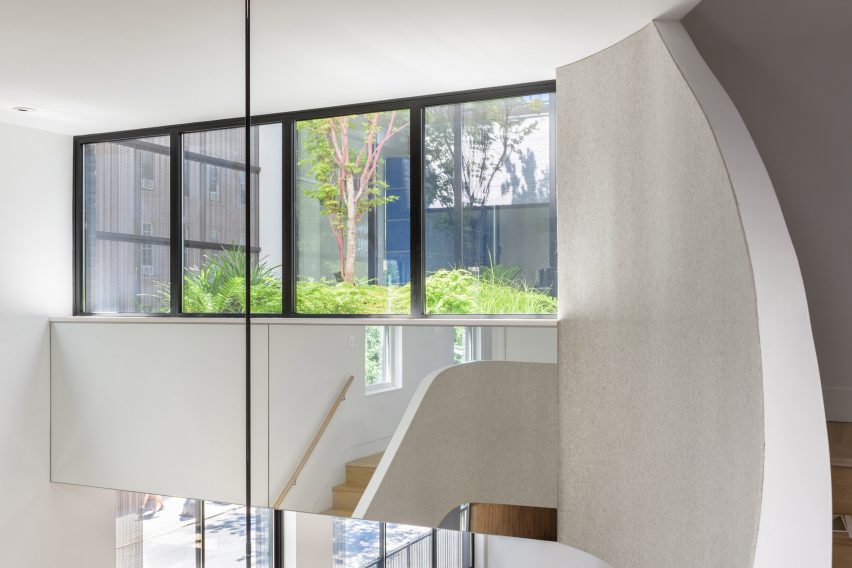 The curtain is made of the same gray felt that was used to wrap the half-walls of the stairs.

“When the felt curtain is fully open, it will hit the curve of the stairs,” the company said. “In this configuration, the meandering curve extends through the open floor plan of the second floor, bridging both sides of the project.” 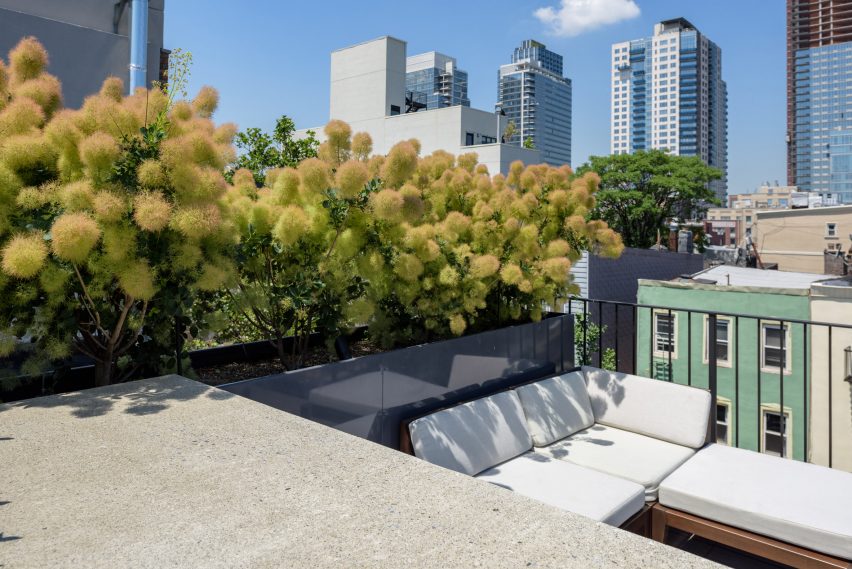 On top of the new addition is a roof garden which offers more sunlight and privacy than a street level back yard. The outdoor area consists of several terraces and offers views of Manhattan.

Overall, the architects sought to create a sense of “mystery and narrative” with the Wythe Corner House. “The interior section isn’t exactly what you’d expect from the street side of the building,” said the studio. 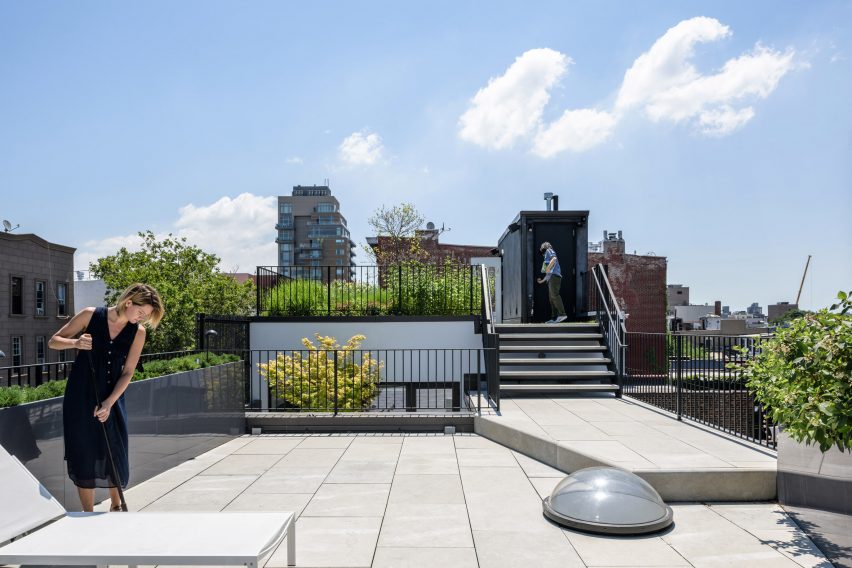 Another Young Projects projects include a warming shelter in Canada, which consists of a fireplace in a wooden crate.

Blogger continues to concentrate on structure in Brooklyn, however now principally…