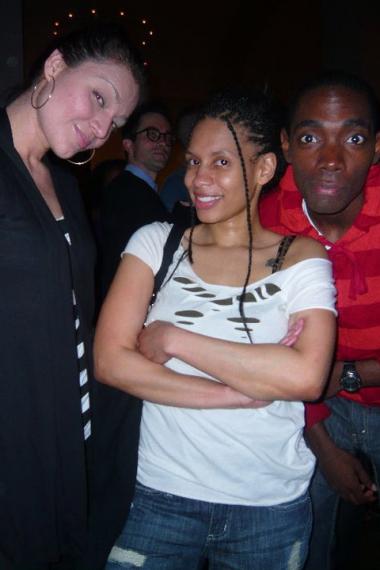 PERSPECTIVE HEIGHTS – The party is over.

The Brooklyn Museum’s free Target First Saturdays event has been one of the city’s most popular travel destinations for years, attracting a diverse crowd of parents and parties, hipsters and hasidim, long-time residents and enthusiastic newcomers.

However, many fear the more than a decade-old event will come to an end after the museum announced it would suspend its hugely popular dance party starting this weekend.

Museum officials said the decision was made in response to complaints about pedestrian traffic after breaking records of up to 20,000 people for nearly a year. But many regulars see it as the end of an era and a blow to the inclusive spirit of the event.

“The only thing anyone can enjoy is the dance party,” said Stephanie Morgan, 30, who said she and her friends have attended religious first Saturdays for years. “Without them I don’t have to go to the museum every month. It’s a waste of time.”

Alderman Jumaane Williams said he, too, was stunned by the museum’s decision to kill the party.

“I’ve been going to those since I was in college – they’re great events and there’s a great mix of people,” said Williams, whose borough includes nearby Flatbush and East Flatbush. “I hope they reconsider. I think it’s a great event in Brooklyn.”

Unlike many of the museum’s other popular Saturday programs, the dance didn’t require tickets, so toddlers and seniors could stow side by side at the event.

“It’s a really mixed crowd,” said Morgan. “Some places only cater to a certain audience, but we are a mixed group, so we felt very comfortable there.”

She and others went to the museum’s website this week to express their concern after Elisabeth Callihan, the museum’s director of adult public programs, announced the suspension on Monday. Some echoed Morgan, saying the DJs and dancing were the main attraction of the event. Others accused the museum of flattering itself on gentrifiers.

“As debt-driven gentrification continues to advance in Brooklyn, something as fundamental to colored communities like music and dance – the kind NOT cultivated in the humanities – whose indelible debt is now punishing a good portion of the alumni, even more so in the arts” one commentator wrote.

“Replacing the dance events of the Beaux-Arts (or the summer parking lot) with representative entertainment makes just as much sense as rejecting this huge source of attraction and income for the museum.”

But others applauded the decision.

“I tell the dance party get well soon,” wrote commentator John Kwok. “There can still be excellent, revenue-driven cultural events at the Brooklyn Museum that tap into adjacent neighborhoods for the many talented dancers, musicians, writers, and artists who live in the city.”

Callihan said the museum struggled for months before finally deciding to stop the parties this winter.

“We tried to move it, change the opening hours, relocate and schedule other activities at the same time so we could make choices, but nothing really seemed to work,” she said.

“We had this conversation: Is the dance party at the heart of First Saturdays? Basically we decided that people would come to the dance party to socialize and express themselves have something else. “

The Beaux-Arts Court, which is usually where the party takes place, is being transformed into a lounge area with changing activities such as dance classes, an interactive mural, and a photo booth.

“If we still have the same problems, it didn’t matter to drag the dance party,” Callihan said. “It’s just our way of being proactive.”

As for Morgan, she’s going to go elsewhere.

“They’re trying to shift the crowd from that party crowd of young adults to a more familiar crowd,” she said. “My friends are not interested. People say, what else can we do?”

A disturbing video exhibits a person on a Citi bike who was shot and killed at shut vary in East Flatbush, Brooklyn